If you are new to this sport, you might not know what is the difference between infield and outfield gloves.

Both outfielders and infielders need a glove with different webbing, pocket depth, and size to perform best in this sport.

Infield gloves are designed for infielders. This includes the shortstops, first, second, and third baseman.

Outfield gloves, on the other hand, are designed for outfielders. This includes the right, left, and center fielders.

The two positions are very different in softball. Outfielders are not required to have quick stops and starts.

They also do not field ground balls that much, unlike infielders. But the thing is they need to run longer distances.

They also need different types of gloves that fit their position.

In this post, we will compare and contrast the gloves used by infielders and outfielders. So keep reading!

To understand how different they are from one another, let us take a look at the history of infield and outfield gloves.

Knowing this will help you understand better the specifications of these gloves as well as how they came about. Let us start with infield gloves.

During the first few years of this game – around the 1860s to 1970s, wearing gloves is perceived as unmanly.

But as the sport became more and more popular, baseball players also improved this game. They can hit baseball harder than before.

With that, they needed gloves for protection. That is why gloves were used by more and more players. 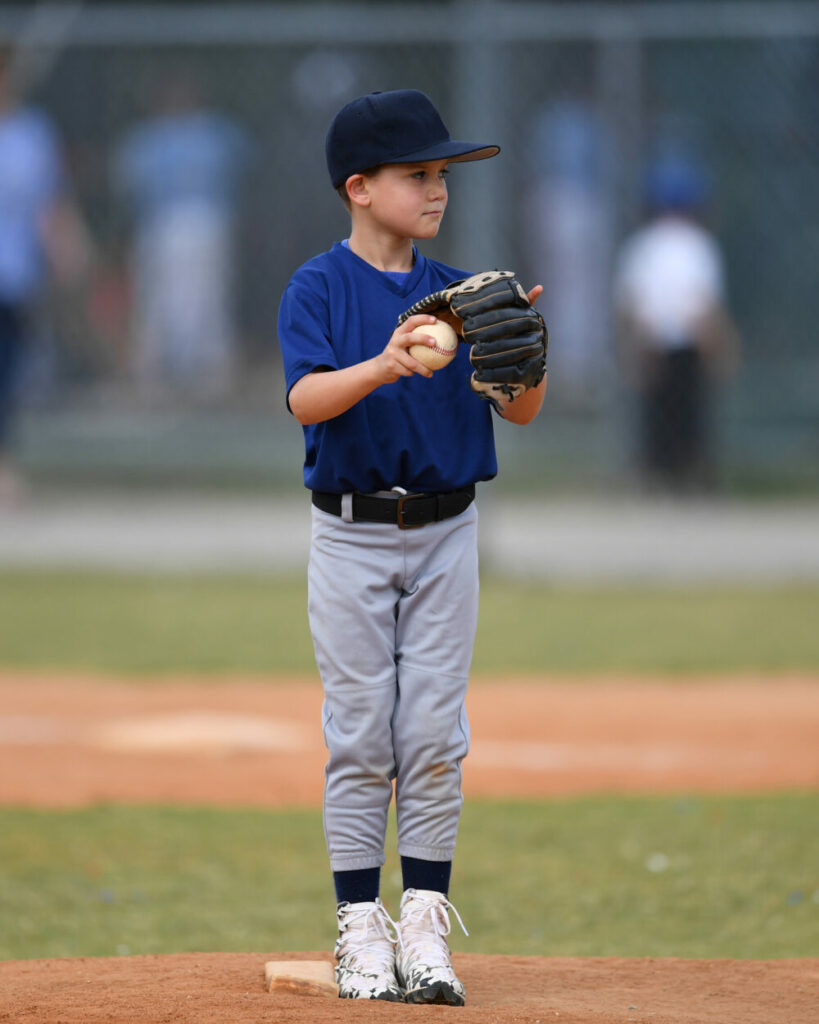 The first infielder gloves were a regular pair of gloves made of leather. The fingers of those gloves were cut off.

In 1900, people began to wear one glove only. On the other hand, they do not use it for throwing.

This type of infield glove has a more oversized pocket and more padding. It started the concept of the gloves we see today.

Since infielders have limited time for reaction, a pair of suitable gloves can significantly improve their play.

One of the most significant improvements that took place was back in 1920. This was when they designed webs between the fingers and thumb stalls.

With this, the gloves had a deeper and larger pocket. Pitchers would want their gloves to have solid webbing.

That is because they can keep their fingers adjusting the grip with a solid web. In other words, they can secretly prepare for the next pitch.

In terms of the glove size, it will vary depending on the personal preference of the player.

During the first years of glove popularization, there were no specific gloves for a particular position.

Gloves can either be made out of old mittens or customized horsehide. They usually had extra paddings.

As the players learned to hit the baseball harder, the pad was also made thicker. In 1920, Bill Doak approached Rawlings.

He opened his idea to lace a web between finger stalls. This is to create a natural pocket. His concept has been revolutionary. It is still used today.

All fielder gloves still have the same pocket design. With this, players can feel like they have another finger.

The designer names Ozzie Smith once said that it is better to have six fingers than only five.

Outfielders need gloves that are larger with deeper pockets to ensure that they can catch the ball.

This also makes it possible for them to keep up on high-speed baseballs.

The Difference Between Infield And Outfield Gloves

Since outfielders and infielders play important yet varying roles, their gloves also need to be different based on how they are usually used. So, what is the difference between infield and outfield gloves?

Let us discuss the distinctive features of the two types of gloves.

This is one of the key differences between the infield and outfield gloves. Since the outfielder usually chases fly balls, their gloves need to have deeper pockets.

When they catch the ball, they must go back to the field if needed. With a deeper pocket, enveloping the ball would be easy.

The outfielders can then keep the ball inside their gloves, ensuring it will not bounce. In other words, it helps them keep in possession of the ball.

Having deep pockets also come with larger webbing. This characterizes an outfield glove.

The infielders, on the other hand, often perform turnaround plays. They are protecting the bases.

The players need to transition between throwing and catching the ball quickly.

For this reason, an infield glove is designed to be smaller, lighter, and with less padding. It also contains a shallow pocket for them to field ground balls easily.

It compromises ball security to prioritize quicker access to the baseball after catching. It also has smaller webbing than that of outfield gloves.

Another noticeable difference between the two baseball gloves is their length. Aside from having a deeper pocket, outfield gloves are also quite long.

The extra length gives the player more range when catching the ball. With this small extra length, they can perform their roles much better.

If you look at the two gloves, you will see that the gloves for outfield and infield positions have varying back designs.

Infield gloves are designed with an open back. The wrist opening is also smaller. This is for added flexibility, yet it offers lesser wrist stability.

On the contrary, outfield gloves are closed at the back. This feature is for added wrist support. The larger wrist opening allows them to catch fly balls.

The gloves of infielders would also vary depending on the position they are playing in the field.

The first baseman, which often needs to catch high-velocity balls, needs a pair of the mitt and not gloves.

Unlike gloves which separate each finger, mitts keep the four fingers together. Their mitts are also heavier, larger, and with more padding.

Outfield gloves, however, are the same for all positions in terms of style. The pocket depth and webbing variances are only due to the player’s preference.

Now, allow us to give you answers to the most frequently asked questions regarding baseball gloves.

Continue reading and learn so much more about your hand gear.

#1. How do glove dimensions affect performance?

If the baseball gloves are too small or big, you will be uncomfortable wearing them. This can also affect the way you grip the ball.

#2. What is the difference between the material used for infield and outfield gloves?

Infield gloves are constructed out of lighter materials to facilitate quickness. Typically, they are made of thicker and stiffer leather.

This thickness and stiffness allow the player to control the ball better when fielding. You can find infield gloves in tan leather color.

On the other hand, Outfield gloves are made of heavier materials for added durability.

Commonly, the leather used for outfield gloves is thinner and softer. This allows them to easily catch the approaching ball.

Often, they are available in black leather color. They are often more expensive than infield gloves, which usually come at a lesser price.

#3. How can you choose the right glove for your position?

There is no one definite answer to this. It will depend on various factors, including your preference, playing conditions, climate, and ball type.

But for the general guidelines, choose a pair of gloves one size smaller than your ordinary batting gloves if you are playing as an infielder.

#4. What factors to consider when choosing gloves?

You need to consider some factors to ensure that you get the right glove suited for its intended purpose.

The key factors to keep in mind include the glove material and size. Different materials would provide different levels of comfort, protection, and dexterity.

Size is also very crucial. You must pick the one that fits comfortably and snugly onto your hands. Refer to the goalkeeper glove size guide.

#5. How can the glove type affect the way you catch the ball?

A lot of gloves can be used in catching the ball. But each glove type will affect how you catch the ball.

Although they can be minimal, they can make a difference.

For example, the catcher can grip the ball more securely with a catcher’s glove because it serves that purpose.

Correspondingly, fielders benefit from the ability of the fielder’s gloves to catch the ball clean and fast.

For a quick recap on what is the difference between infield and outfield gloves, the former are typically smaller.

Infield gloves are also shorter and have thinner padding, which helps ball control and grip.

Furthermore, they have smaller webbing, which allows quick ball transfers.

On the other hand, outfield gloves have deeper pockets for ease of trapping balls. They also have thicker padding, which is crucial when catching high-speed balls.

The padding will lessen the impact felt by the player. Finally, outfield gloves have larger webbing allowing the outfield to throw the ball from a long distance.

That’s pretty about infield vs. outfield gloves. Hopefully, you can already distinguish one from the other.

Last Updated on 1 month by digirock